EMC is rolling out a new SAN array lineup called the EMC Unity. At a high level the Unity comes into two main flavors, all flash and hybrid, and support fibre channel, iSCSI, NFS, and CIFS/SMB. It’s a mid-tier array, destined to supplant higher level VNXe arrays, and lower level VNX2 arrays. Specifically, the VNXe 3200 and VNX 5200, 5400, 5600, & 5800. As for right now I’m not aware of any plans to depreciate those arrays so if you’ve just picked one up or aren’t ready to jump into some cutting edge EMC tech then no need to worry.

If you do get the an EMC Unity you’ll get a brand new HMTL5 GUI (no more Java, rejoice!) array with hardware is reportedly 2.5x as powerful in half the physical footprint.

In addition to the physical hardware platforms, there’s also a virtual Unity (UnityVSA) without various size and scale options.

Note that this information comes from Pre-EMC World 2016 sources and may have received updates at EMC World. Also, it’s EMC, so various options and features may not yet be GA.

The all flash Unity features a solid, silver double helix.

While the helix on the hybrid Unity is blue and silver. 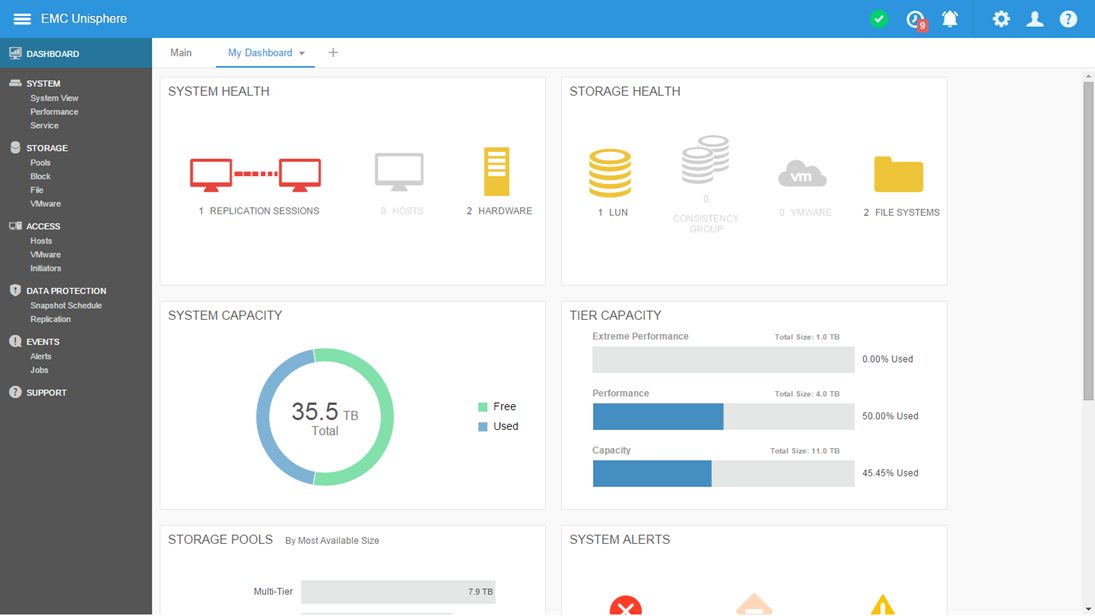