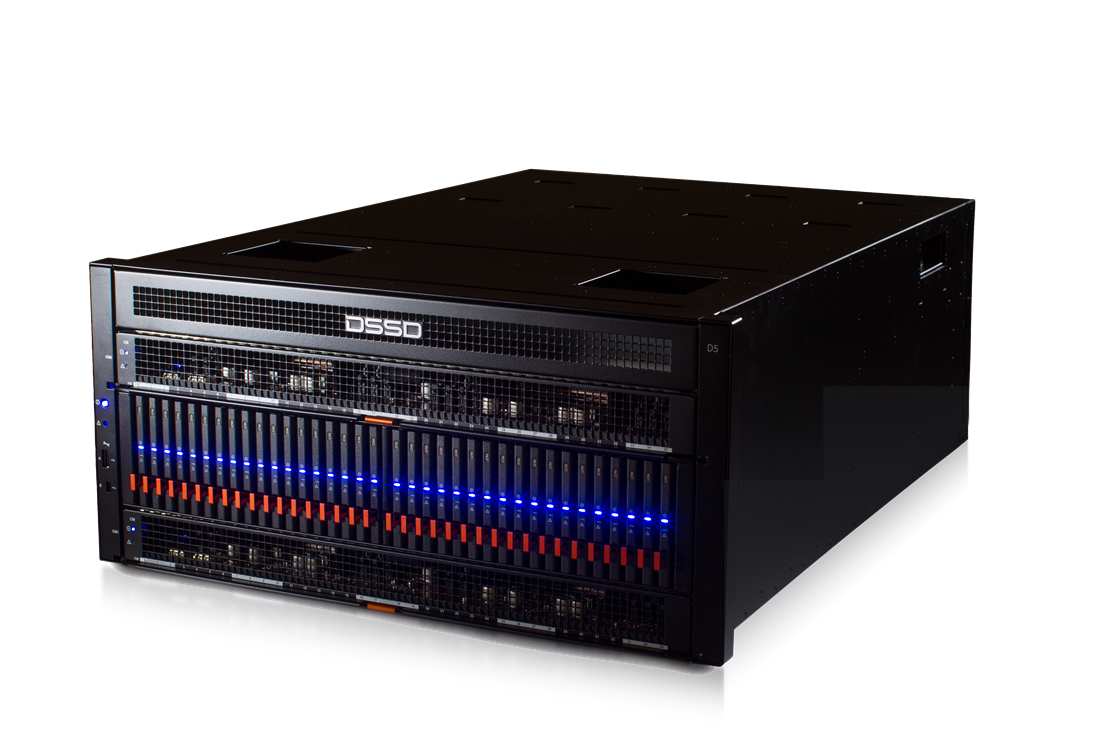 Just when you thought EMC was done with alphabet soup acronyms and on to starting everything with a V or X along comes the DSSD D5.  DSSD is a company acquired by EMC back in 2014 and their “D5” is an all flash storage array geared toward super IO intensive workloads. It’s new system that’s been in development for awhile so you may not see a lot of features you would find on other all flash arrays. Instead it’s been built from the ground up as a “go fast machine” that connects to Linux hosts via PCIe Gen 3.